THE SECRET LIVES OF CHEERLEADERS

With Stars Vivica A. Fox, Gail O’Grady, Maiara Walsh And Others

THE SECRET LIVES OF CHEERLEADERS 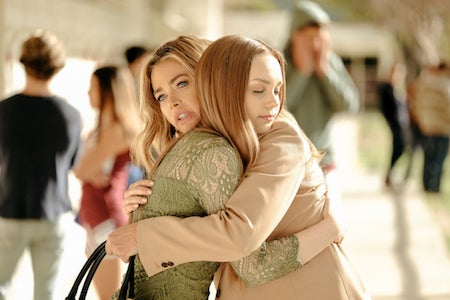 Ava (Savannah May, Knight Squad), an incoming transfer student, reluctantly tries out for the cheerleading team at the insistence of her overly-ambitious mother, Candice (Denise Richards, The Real Housewives of Beverly Hills). Katrina (Allie DeBerry, A.N.T Farm), the head cheerleader and most popular girl in school, unexpectedly cozies up to Ava who makes the squad and instantly becomes high school royalty. As she transitions into her new life, Ava discovers becoming part of the squad comes at a price. The Secret Lives of Cheerleaders is produced by HYBRID. Additionally, Peter Sullivan serves as the director and Anna White serves as the writer.

IDENTITY THEFT OF A CHEERLEADER 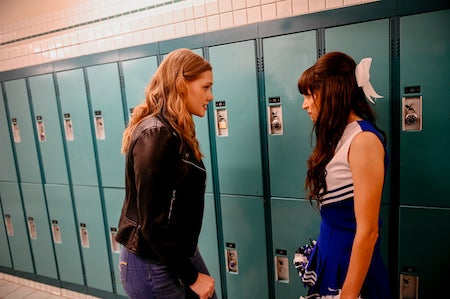 During her senior year of high school, Vicky (Maiara Walsh, Switched at Birth) dropped out of school; a decision that her mother made clear would land her a future of little to no success. Now thirty-one-years old, Vicky is at rock bottom. Desperate and miserable, she decides to “steal the identity” of a high school cheerleader to re-do her final year. Determined that this time it will be different and that she will finally make her mother proud, Vicky will do anything to be the number one girl in school, including backstabbing and silencing those that get in her way. Gail O’Grady (Criminal Minds), Jesse Irving (Project Blue Book) and Karis Cameron (UnREAL) also star. Identity Theft of a Cheerleader is produced by Identity Productions, Inc and Timothy O. Johnson serves as an executive producer. Also, Christie Will Wolf serves as the director and Barbara Kymlicka serves as the writer. 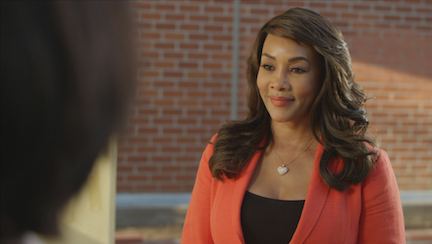 Becky (Cristine Prosperi, Degrassi) is an intelligent and sociable high school senior that flies heavily under the radar when it comes to receiving attention from the boys of her school. However, this is the year it all flips around when she tries out and earns a uniform on the cheerleader squad lead by Ms. Flynn (Vivica A. Fox, Independence Day). Becky’s life is heading in the right direction when she catches the eye of the charming and handsome new student, Rob (David Meza, The Wrong Roommate). Rob seems like the ideal boy, until his affection turns into obsession and he stops at nothing to keep Becky all to himself. The Wrong Cheerleaderis produced by HYBRID and Vivica A. Fox. 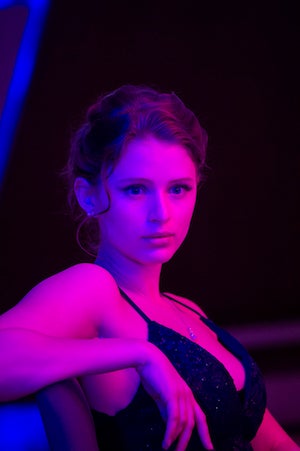 When college freshman Cassie (Alexandra Beaton, The Next Step) earns a spot on the cheerleading squad, she is overjoyed about the new friendships, status, and access to social events that come along with being on the team. When she meets Terry (Damon Runyan, Gangland Undercover), the charismatic President of the Alumni Association, at an event, Cassie finds herself falling for this older man despite their age difference. Terry even helps her out by paying part of her tuition when she falls on hard times. But all is not as it seems when Cassie finds out that members of the team moonlight as escorts with rich alumni, and that the man she’s falling in love with is part of that group. When a friend from the team becomes pregnant and ends up dead under mysterious circumstances, Cassie vows that nothing will stop her from exposing the dark world that surrounds her. The Cheerleader Escort also stars Cynthia Preston (Tom Clancy’s Jack Ryan) and is executive produced by Pierre David and Tom Berry of Reel One Entertainment. Alexandre Carrière serves as the director and Andrea Canning serves as the writer. 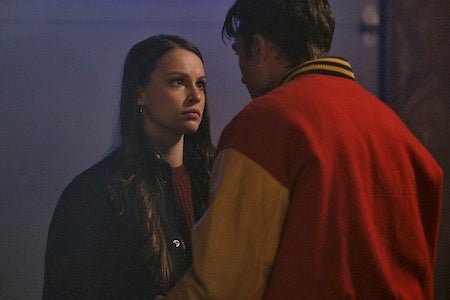 Autumn (Kayla Wallace, The Good Doctor), is a beautiful transfer student who goes undercover as a cheerleader to do an exposé on the cruel culture of the squad for her school newspaper. But when someone begins viciously attacking cheerleaders, she starts to fear for her own life. Panic-stricken, Autumn never expected that her confidential journalism mission would lead to a fight for her life. Additional stars include Maddie Phillips (Ghost Wars) and Andre Anthony (Victoria Gotti: My Father’s Daughter). Undercover Cheerleader is executive produced by Barbara Fisher and Tom Berry of Reel One Entertainment. Furthermore, Danny J. Boyle serves as the director and Lauren Balson Carter serves as the writer.