JO FROST, THE ORIGINAL AUTHORITY ON CHILDCARE, COMES TO THE AID OF A NEW GENERATION OF FAMILIES
IN THE RETURN OF THE GROUNDBREAKING
INTERNATIONAL AWARD-WINNING SERIES
SUPERNANNY
PREMIERING NEW YEAR’S DAY, JANUARY 1 ON LIFETIME 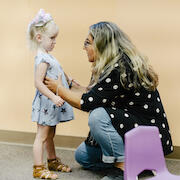 LOS ANGELES, CA (November 7, 2019) Just in time to kickoff 2020, the world’s preeminent child-rearing expert, Jo Frost, returns to television for 20 all-new episodes of the beloved parenting series, Supernanny, premiering on Wednesday, January 1 at 10pm ET/PT on Lifetime, following the premiere of Married at First Sight Season 10. Drawing on 30 years of professional experience, Jo is back to help stressed-out parents tackle social and behavioral challenges as well as new issues faced by modern-day families. With a recipe of honest, direct and nurturing support, Jo offers real-life solutions to parents — uplifting families with advice, techniques, and tips to iron out the chaos in their lives, helping families evolve. 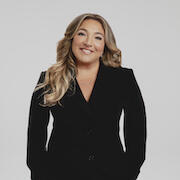 “It will always remain a privilege to be educating and helping families evolve, and making a difference,” said Jo Frost, Executive Producer and Family Expert on Supernanny. “Thank you Lifetime for bringing this groundbreaking show back to families nationwide at a time in the world when we so desperately need it most,” she continued.

The families featured this season are from cities and towns around the country, including Phenix City, AL; Spokane, WA; Makaha, HI; Corona, CA; Mesa, AZ; Cortlandt Manor, NY; Gilbert, AZ; and more. Each of the families are dealing with diverse issues that span the spectrum of parenting challenges – from dealing with postpartum depression, ADHD, kids obsessed with electronic devices, blended families struggling with children acting out, military and first responder spouses facing separations – to parents buried in their phones and more. Jo will visit one new family each week and use her trusted and proven methods and elevated teachings to help them change their dynamics while focusing on positive reinforcement and connectivity.

Supernanny’s first stop will be in Pittstown, NJ, where viewers will meet Jessica and CJ Braido and their four children. The couple recently went from double duty to quadruple duty, when their twins Dax and Chase arrived three months ago. The dual career parents were already at odds with opposing parenting styles and relying on devices as digital babysitters. With the tension rising, will Nanny Jo be able to teach Jessica and CJ to work together before chaos pushes them further apart?

Shed Media is a division of Warner Bros. Unscripted & Alternative Television under the leadership of Mike Darnell. Established as one of America’s most prolific media companies, the studio boasts a successful slate of Emmy®-winning series showcasing a diverse portfolio of unscripted formats across a variety of leading network and cable destinations as well as video-on-demand digital streaming services. Series produced by Shed Media include “Criminal Confessions” and “Murder for Hire” for Oxygen; “Huda Boss” for Facebook Watch; “Long Lost Family” for TLC; “Who Do You Think You Are?” for NBC; and Bravo’s “Mexican Dynasties” and “The Real Housewives of New York City.” Shed Media’s latest project is “First Dates Hotel” from Ellen DeGeneres’ A Very Good Production for HBO Max. For more information, please visitwww.shedmedia.com.