Five All-New Movies Air Every Saturday Beginning January 18 With
Robin Roberts Presents: Stolen By My Mother: The Kamiyah Mobley Story
Chris Watts: Confessions Of A Killer on January 25,
Poisoned Love: The Stacey Castor Story on February 1,
The Neighbor In The Window on February 8,
And Concluding with You Can’t Take My Daughter on February 15

LOS ANGELES, CA (November 19, 2019) – Off the heels of Lifetime’s Fall Ripped from the Headlinesslate which reached 16.4 million Total Viewers*, Lifetime has ordered three new original movies to join the network’s Winter 2020 Ripped from The Headlines slate of five movies centered on true-life events. Starring Academy Award and Golden Globe Award nominee Nia Vardalos, Poisoned Love: The Stacey Castor Story follows the tale of a woman whose black widow tendencies are revealed with her murder plots to take down her ex-husbands and daughter.  Also greenlit is the psychological thrillerThe Neighbor in the Window (wt),  the story of a suburban wife who finds herself and the security of her family threatened by another seemingly friendly neighborhood mom, starring Jamie-Lynn Sigler andJenn Lyon. The slate includes You Can’t Take My Daughter, an inspiring story about a young woman who fought to keep her rapist from gaining custody of her daughter, starring SAG nominee Lyndsy Fonseca and Golden Globe and Emmy winner Kirstie Alley.

These movies join previously announced films, Robin Roberts Presents: Stolen by My Mother: The Kamiyah Mobley Story, executive produced by the award-winning journalist Robin Roberts, and stars Emmy® Award winner and Critics’ Choice nominee Niecy Nash (When They See Us) and Chris Watts: Confessions of a Killer, based on the tragic true story of a doting father who murdered his wife and kids starring Ashley Williams, Sean Kleier and Brooke Smith. 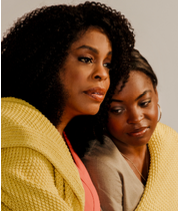 In the summer of 1998, Gloria Williams (Niecy Nash), reeling from a recent miscarriage, drove from her home in South Carolina and walked into a Jacksonville, Florida hospital posing as a nurse and took newborn Kamiyah Mobley (Rayven Ferrell) out of her mother Shanara Mobley’s (Ta’Rhonda Jones) arms. By the time police were alerted, Gloria was long gone. Renaming the baby Alexis, Gloria raised her as her own, providing her with unconditional love and nurturing. It wasn’t until years later, when Alexis applied for her first job and couldn’t provide a social security card or a birth certificate, that she realized something was wrong. As questions mounted, Gloria was forced to tell Alexis the truth, that she was really Kamiyah Mobley and abducted as a baby. Despite discovering the mother she knew was really her kidnapper, Alexis kept the secret as long as she could, until an anonymous tip soon led to Gloria’s arrest and their world came tumbling down. From Rock’n Robin and Lincoln Square Productions, Robin Roberts Presents: Stolen by My Mother:The Kamiyah Mobley Story is executive produced by Roberts, Linda Berman, Michele Samit, Richard Kletter and Gary Randall. Jeffrey Byrd directs from a script written by Samit and Kletter.

Beyond the Headlines: The Kamiyah Mobley Story with Robin Roberts
Premieres January 18 at 10pm ET/PT

Kidnapped at birth by a woman she grew up believing was her mother, Kamiyah Mobley, now 21, sits down exclusively with the award-winning journalist for a revealing interview about life since her true identity was exposed in Beyond the Headlines: The Kamiyah Mobley Story with Robin Roberts.  The special is A Rock’n Robin Productions and Lincoln Square Productions co-production for Lifetime. Robin Roberts and John R. Green executive produce. Senior producers are Andy Genovese and Monica Delarosa. Brie Miranda Bryant and Kimberly Chessler executive produce for Lifetime. 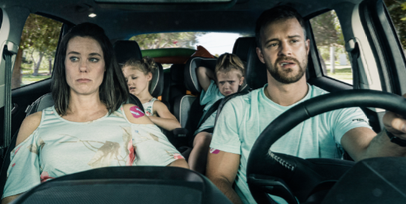 When Chris Watts (Sean Kleier) tearfully pleaded to television cameras for the safe return of his missing pregnant wife Shanann (Ashley Williams) and their two young daughters, dark secrets loomed just beneath the surface.  As the story spread, hearts went out to the distraught father and husband, who appeared to lead a charmed life.  But days later, after failing a lie detector test, Chris confessed to brutally murdering his family and slowly revealed the horrific details of their deaths. Friends and family were left reeling, looking for answers as his double life and secret affair came to light. Brooke Smith portrays CBI agent Tammy Lee, who helped to bring Chris Watts to justice. Chris Watts: Confessions of a Killer is produced by Sony Pictures Television. Judith Verno/Peace Out Productions (Escaping the NXIVM Cult: A Mother’s Fight to Save Her Daughter) serves as executive producer. Michael Nankin (Van Helsing) directs from a script written by Barbara Marshall (The Bad Seed).

As part of Lifetime’s Stop Violence Against Women campaign, a PSA will run following the movie’s, driving viewers to resources on domestic abuse, crisis help lines and other valuable information.

Beyond the Headlines: The Watts Family Tragedy
Premieres January 25 at 10pm ET/PT

The all-new special will include exclusive never-before-seen footage and new interviews with Tammy Lee, the agent with the Colorado Bureau of Investigation who elicited Watt’s confession during an extended polygraph and interrogation session, and Shanann’s close friends, Cassandra Rosenberg and Cindy DeRosset.  These interviews include new insights and take a deeper look into the circumstances surrounding the Chris Watts murder case.  Beyond The Headlines: The Watts Family Tragedy is produced by A+E Originals. Steve Ascher, Kristy Sabat and Miguel Sancho serve as executive producers for A+E Originals alongside Brie Miranda Bryant and Nicole Vogel for Lifetime.

Stacey Castor (Nia Vardalos) weathered the storm of her first husband’s death and managed to find love again with her boss, David (Mike Dopud). But when David is discovered dead of an apparent suicide, the police suspect some foul play, as David’s death mimics that of Stacey’s first husband. As the evidence begins to fall into place, a suicide attempt by her daughter Ashley (Chanelle Peloso) further complicates the investigation. Was Stacey a victim of a tragic circumstances or a Black Widow out for the attack? Based on a true story, Poisoned Love: The Stacey Castor Story is executive produced by Danielle von Zerneck, Frank von Zerneck, Cindi Riddle & Peter Hunziker. Jim Donovan directs a script written by Michael Vickerman, Cindi Riddle & Peter Hunziker.

When upbeat, outgoing Karen (Jamie-Lynn Sigler), her husband Scott and their young son relocate to Washington for Scott’s job, Karen looks forward to starting a new life.  She soon meets Lisa (Jenn Lyon), her beautiful charming neighbor and quickly bond.  But Lisa soon starts lying to Karen, and about Karen to others.  Lisa cleverly sets herself up as Karen’s victim, until every aspect of Karen’s new life starts to unravel.  Karen doesn’t realize how desperate and cunning Lisa is–until things come to a shocking head.The Neighbor in the Window is from writers Karen Stillman and Margaux Froley, inspired by the bookFalse Victim by Kathie Truitt. The Neighbor in the Window is produced by A+E Studios and Front Street Productions.  Nancy Bennett executive produces while Menhaj Huda directs.

Amy Thompson (Lyndsy Fonseca) is a vibrant law student in Charlotte who is attacked and raped by Demetri (Hunter Burke), a friend of a friend she met once. Discovering that she is pregnant from the rape, Amy makes the difficult decision to keep her baby, despite the fact that Demetri continues to stalk and harass her as she waits for the long-delayed trial. She gives birth to a beautiful little girl and decides to flee him and start over in Atlanta. Six years later, Demetri finds her and, to her horror, sues her for custody of her daughter. Using her own legal and investigative skills, Amy fights back. You Can’t Take My Daughter, also stars Kirstie Alley as Amy’s mother, Suzanne. The film is executive produced by Linda Berman of Lincoln Square Productions, Rocky Lang of Harbor Lights and Big Dreams Entertainment. Tori Garret directs from a script by writer/producer, Karen Leigh Hopkins.

ABOUT LIFETIME
Celebrating 35 years of entertaining audiences, Lifetime is a premier entertainment destination for women dedicated to offering the highest quality original programming spanning award-winning movies, high-quality scripted series and breakout non-fiction series. Lifetime has an impressive legacy in public affairs, bringing attention to social issues that women care about with initiatives such as the long runningStop Breast Cancer for Life now in its 25th year, Stop Violence Against Women which relaunched in 2018, and Broader Focus, a major global initiative dedicated to supporting and hiring female directors, writers and producers, including women of color, to make its content. Lifetime Television®, LMN®, Lifetime Real Women® and Lifetime Digital™ are part of Lifetime Entertainment Services, LLC, a subsidiary of A+E Networks. A+E Networks is a joint venture of the Disney-ABC Television Group and Hearst Corporation