CAUGHT IN HIS WEB

INSPIRED BY ONE OF THE FIRST FEDERAL “SEXTORTION” CASES 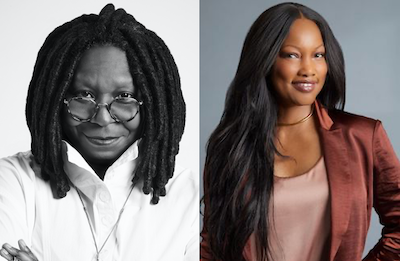 LOS ANGELES, CA (September 29, 2021) – Lifetime has greenlit the new original movie Caught in His Web from Emmy, Grammy, Tony and Academy Award-winner Whoopi Goldberg who executive produces the thriller. Inspired by one of the nation’s first cases of “sextortion,” the movie stars Garcelle Beauvais (Spider- Man: Homecoming, NYPD Blue, The Real) as a local detective who is determined to help a group of teenage girls who are terrorized by a cyberbully. The movie also stars Alison Thornton (Girlfriends’ Guide to Divorce), Malia Baker (The Baby-Sitters Club) and Emma Tremblay (Supergirl). Caught in His Web will premiere in 2022 on Lifetime.

Inspired by actual events, Caught in His Web tells the horrifying story of Emma (Alison Thorton), Olivia (Malia Baker) and Gabby (Emma Tremblay) who are each unknowingly tormented by a mysterious cyberbully by the name “Blake.” Infiltrating each of their lives by hacking into their cell phones and computers, “Blake” coerces them to send nude photos and continually harasses them and tracks their every move. Feeling extremely alone and experiencing anxiety, depression and fear, the girls later discover they are not alone in being tormented. They decide to join forces and enlist the help of Detective Holland (Garcelle Beauvais), in the hunt to unmask their harasser and end their nightmare.

Celebrating over 35 years of entertaining audiences, Lifetime is a premier entertainment destination for women dedicated to offering the highest quality original programming spanning award-winning movies, high- quality scripted series and breakout non-fiction series. Lifetime has an impressive legacy in public affairs, bringing attention to social issues that women care about with initiatives such as the long-running Stop Breast Cancer for Life, Stop Violence Against Women, and Broader Focus, a major global initiative dedicated to supporting and hiring female directors, writers and producers, including women of color, to make its content.Lifetime Television®, LMN®, Lifetime Real Women® and Lifetime DigitalTM are part of Lifetime Entertainment Services, LLC, a subsidiary of A+E Networks. A+E Networks is a joint venture of the Disney- ABC Television Group and Hearst Corporation.