Los Angeles, CA – August 14, 2019 – Lifetime greenlights two Beyond the Headlines companion documentaries, with award-winning journalist and New York Times best-selling author Gretchen Carlson, to join the network’s upcoming Ripped from the Headlines slate. Following the movie premieres of Escaping the NXIVM Cult: A Mother’s Fight to Save Her Daughter and The College Admissions Scandal, the new one-hour documentaries produced by A+E Originals, will offer provocative insights and an in-depth look at the people and stories behind the news which captivated the nation. This marks Carlson’s second collaboration with Lifetime, as she executive produced and reported on workplace sexual harassment in the documentary Gretchen Carlson: Breaking the Silence.

The full Ripped from the Headlines movie slate will kick off starting Saturday, September 21 at 8pm ET/PT, and will premiere a new movie each week for four consecutive Saturdays, beginning withEscaping the NXIVM Cult: A Mother’s Fight to Save Her Daughter and concluding with The College Admissions Scandal on October 12, with their corresponding Beyond the Headlines documentaries, with Gretchen Carlson, at 10pm ET/PT. 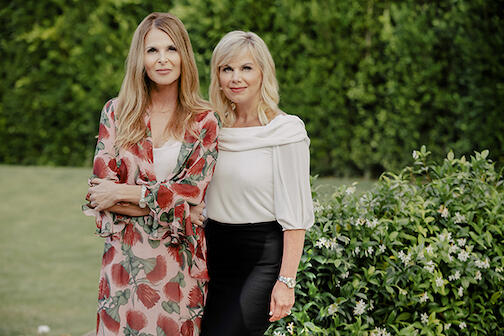 In Beyond the Headlines: Escaping the NXIVM Cult with Gretchen Carlson, Carlson investigates the shocking and twisted world of one of the nation’s most outrageous cults that trapped thousands and targeted the minds and bodies of young women from around the country. Exploring the inner-workings of the purported self-help group NXIVM, whose former leader Keith Raniere was found guilty of racketeering, sex trafficking and other crimes, viewers will hear an emotional first-hand account from actress Catherine Oxenberg, who shares with Carlson her personal fight to get her daughter out of the NXIVM cult.  Further insight comes from a cult de-programmer, as well as individuals who tirelessly worked to expose and take down the NXIVM organization. But is NXIVM finished?

In Beyond the Headlines: The College Admissions Scandal with Gretchen Carlson, Carlson explores the remarkable story of privilege and greed behind the recent college admissions fraud that dominated the headlines and ensnared many celebrities and prominent individuals. An in-depth look at the scandal reveals how wealthy parents sought the help of scam mastermind, Rick Singer, to cheat the system and illicitly pay for their children’s admission to the nation’s most prestigious universities. In the documentary, a family shares with Carlson their personal encounter with Singer, and a former Ivy League dean of admissions sheds light on the high-stakes admissions process and how some will stop at nothing to gain entry. In addition, Carlson speaks with a mother who has filed a $500 billion class action lawsuit against those accused in the scandal.

Full Ripped from the Headline slate as follows:

September 21
8pm Escaping the NXIVM Cult: A Mother’s Fight to Save Her Daughter
10pm Beyond the Headlines: Escaping the NXVIM Cult with Gretchen Carlson (doc) 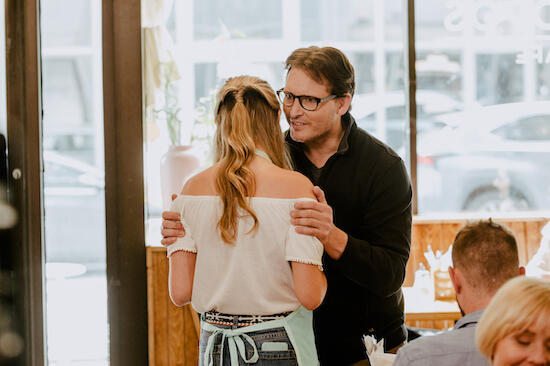 When Catherine (Roth) learns about a leadership seminar from an organization called NXIVM, she decides to take her twenty-year-old daughter India (Polish) to the professional development meeting.  Led by the extremely enigmatic Keith Raniere (Facinelli), Catherine can’t shake the feeling there’s more than meets the eye with the self-help organization.  Despite Catherine’s best efforts, India is drawn deeper into the cult, and courted by a secret sorority of female members who are branded with the cult leader’s initials, ordered to maintain a restricted diet and told to recruit other women as sex slaves.  Escaping the NXIVM Cult: A Mother’s Fight to Save Her Daughter tells the story of a mother who will stop at nothing to get her daughter back and exposes the intricate seductive power of Keith and his associate actress Allison Mack (Fletcher). Escaping the NXIVM Cult: A Mother’s Fight to Save Her Daughter is produced by Sony Pictures Television. Judith Verno of Peace Out Productions, Catherine Oxenberg, Yfat Reiss Gendell and Richie Kern, serve as executive producers. Lisa Robinson directs from a script written by Adam Mazer.

Trapped: The Alex Cooper Story is based on the Memoir “Saving Alex” and follows 15-year-old Alex (Emmy® Nominee, Addison Holley)  when she revealed she was gay to her devout Mormon parents and they feared so deeply for her soul that they took her from their Southern California home and placed her against her will in a conversion therapy home in Utah. Trapped for eight months with strangers (Sarah Booth and Ian Lake), Alex faced horrible punishments and beatings that were intended to cure her homosexuality. After realizing she would have to submit to their rules in order to survive, Alex was eventually allowed to attend school, where she became friends with a boy that was the president of the gay-straight alliance.  He helped Alex get in touch with an attorney (GLAAD Media Awards Winner, Wilson Cruz), who later helped orchestrate her escape. Trapped: The Alex Cooper Story is produced by SilverScreen Pictures and executive produced by Jeffrey Hunt, Kyle Clark and Lina Wong.  Jeffrey Hunt directs from a script by Michelle Paradise.

Abducted: The Mary Stauffer Story is the harrowing true story of a high school teacher Mary Stauffer (Hannigan) and her eight-year old daughter Beth (Hoskins), who are held captive for 53 days by a former student. Their lives were forever changed when they were held at gunpoint on their way home. With their hands bound and forced into the trunk of Mary’s car, the mother and daughter were held captive by the man, Ming Sen Shiue, who Mary later discovered was her former student from 15 years prior, was obsessed with Mary and had been stalking her ever since. Enduring torture, rape and numerous threats, Mary turned to her faith to sustain her and her daughter while held in captivity for 53 days, before they were able to finally escape their horrific nightmare. Abducted: The Mary Stauffer Story is produced by Stalking Productions, Inc in association with Johnson Production Group and executive produced by Timothy Johnson and Michael Vickerman. Jim Donovan directs from a script written by Michael Vickerman. 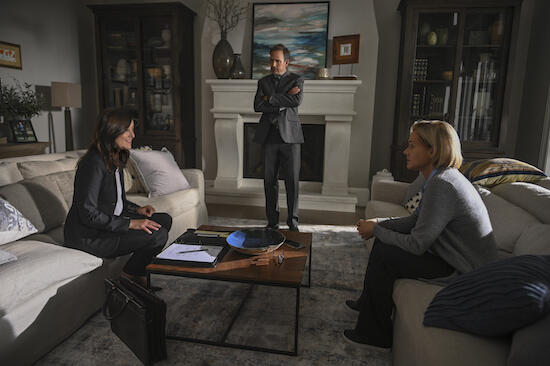 The College Admissions Scandal follows two wealthy mothers, Caroline (Miller), a sought after interior designer and Bethany (Kirshner), an owner of a successful financial services firm, who share an obsession with getting their teenagers into the best possible college.  When charismatic college admissions consultant Rick Singer (Shanks) offers a side door into the prestigious institutions of their dreams, Caroline and Bethany willingly partake with visions of coveted acceptance letters in their heads. But when Singer cooperates with the FBI and pleads guilty, the mothers who risked everything for their kids, must face the consequences of their crimes and the loss of trust and respect from their families. College Admissions Scandal is produced by Varsity Films Inc. The film is executive produced by Gail Katz. Adam Salky will direct from a script by Stephen Tolkin.

About Gretchen Carlson
Journalist, author, and advocate Gretchen Carlson paved the way for #metoo with her historic 2016 sexual harassment complaint against the former chairman of Fox News. She was recently portrayed by Naomi Watts in Showtime’s The Loudest Voice – which exposed Carlson’s continuous harassment by Roger Ailes and the filing of the lawsuit. Carlson was named one of Time Magazine’s “100 Most Influential People in the World,” and author of New York Times bestsellers Be Fierce and Getting Real, Carlson is one of America’s most successful news anchors and a globally recognized advocate for women’s empowerment. She returned to television earlier this year  with the  Lifetime Network documentary Gretchen Carlson: Breaking the Silence.