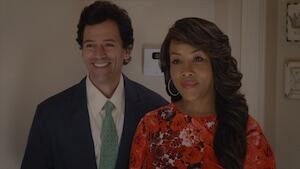 THE WRONG REAL ESTATE AGENT
Starring Vivica A. Fox, Andres Londono, Dorian Gregory, Alaya Lee Walton, Tom Sandoval, Gina Hiraizumi
Friday, January 1 at 8pm ET/PT
Julie (Vivica A. Fox, Empire) and her teenage daughter Maddie (Alaya Lee Walton, The Wrong Stepfather), rent a beautiful house on several acres of land from Charles (Andres Londono, Narcos: Mexico), a realtor they know well and who lives nearby. However, after they move in, strange noises and occurrences lead them to suspect someone else may be living on their property.  Tom Sandoval from Vanderpump Rules also stars. 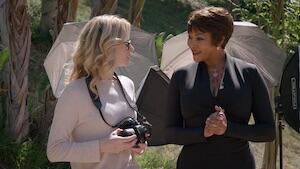 When Abby (Jessica Morris, Party of Five), a photographer, is sent out of town on a job assignment by her boss Charlotte (Vivica A. Fox, Empire), she thinks it is the perfect opportunity to get away from her nightmarish ex-fiancé, Richard (Jason- Shane Scott, The Wrong House Sitter).  But Abby quickly discovers it may be impossible to escape Richard all together. 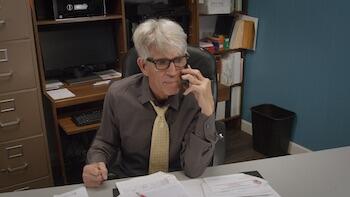 Jessica (Anna Marie Dobbins, The Pom Pom Murders) moves back home after college and is surprised to find her mother Tracy’s (Krista Allen, The Wrong Stepfather) new boyfriend Paul (Rib Hillis, The Wrong Cheerleader Coach), is moving in as well.  While working at a restaurant owned by her mother’s best friend Sandra (Vivica A. Fox, Empire), Jessica observes Paul fighting with another woman and enlists the help of Sandra and Hal (Eric Roberts, Stalked By My Doctor) who suspect something very strange. When Jessica discovers Paul is not who he seems, she sets out to prove he is the wrong Mr. Right. 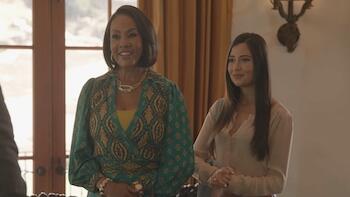 THE WRONG PRINCE CHARMING
Starring Vivica A. Fox, Cristine Prosperi, James Nitti, Tracy Nelson
Friday, January 22 at 8pm ET/PT
Successful entrepreneur Bridget (Vivica A. Fox, Empire), has just scored a meeting with the famed Prince of Devonshire (James Nitti) about a possible multimillion investment in one of her properties. She and her young lawyer Anna (Cristine Prosperi, The Wrong Cheerleader), feel like they are living in a fantasy with the handsome prince who seems like the perfect partner for Bridget, and the right guy for Anna until they discover that he’s not what he seems. 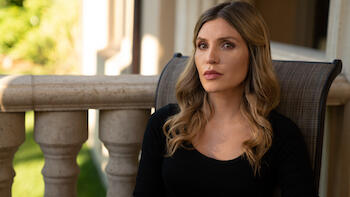 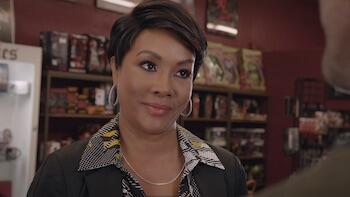 THE WRONG VALENTINE
Starring Vivica A. Fox, Mariah Robinson
Thursday, February 11 at 8pm ET/PT
After her father’s passing, Emily (Mariah Robinson, Cheer Camp Killer) tries to put herself out there.  A bright student, Emily doesn’t have the easiest time making friends. With the help of Ms. Connelly (Vivica A. Fox, Empire) her senior year is in full swing, but  she has yet to find a guy, let alone a Valentine of her very own.   As luck would have it, the new boy at school has his eye on Emily and delivers her the annual school gift of a candy cupid. Could he be the one or does he have some ulterior motives as well? 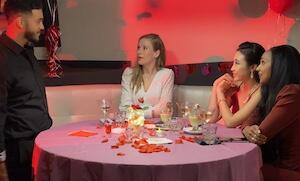 GALENTINE’S DAY NIGHTMARE (working title)
Starring Camille Stopps, Anthony Grant
Friday, February 12 at 8pm ET/PT
It’s the day before Valentine’s, a time for all the single girls to celebrate being single.  Though her career is on the upswing and she’s landed her dream job, Claire (Camille Stopps, Alive) can’t say the same for her personal life and decides a night on the town with her girlfriends is what she needs.  When she meets Brian (Anthony Grant, Star Trek:  Discovery) she thinks she may have found the one, but soon realizes that Brian is actually married to her boss. Now in a terrible predicament, Claire’s nightmare is only beginning when her boss is murdered and she becomes the prime suspect.
WICKED REVENGE HIS KILLER FAN
Starring Brooke Butler, Teressa Liane, Ryan Cooper, Deena Dill
Friday, February 19 at 8pm ET/PT
When up and coming musician Ariana Kent (Brooke Butler, Killer Dream Home), gets the opportunity to perform a duet with Josh Halliday (Ryan Cooper, Confess) at his concert, she thinks her dreams of romance with the rock superstar are finally going to come true.  That is until he lays eyes on her best friend, Kaylee (Teressa Liane, The Vampire Diaries), sitting in the front row. After repeated attempts to seduce Josh fail, Ariana pretends to support Josh and Kaylee’s romance.  But as her obsession with Josh continues to grow, Ariana’s true intentions come to light as she believes there is only room for one girl in the front row. 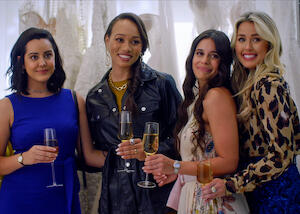 BRUTAL BRIDESMAIDS
Starring Zoila Garcia, Kevin A. Walton, Amanda Tavarez, Karlee Eldridge
Friday, February 26 at 8pm ET/PT
After becoming engaged to Michael (Kevin A. Walton, Sistas), a handsome and successful businessman, Jessica (Zoila Garcia, Shiny New Things) selects her five best girlfriends to be her bridesmaids. However, when the group gets together, they find themselves letting old wounds and jealousy get in the way of bonding as they all compete over Jessica’s friendship. When mysterious accidents and illnesses start to inflict the group, Jessica fears one of her bridesmaids may not have her best interest at heart. 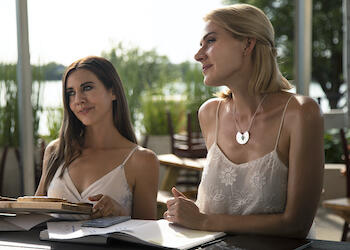 AN ORGANIZED KILLER (working title)
Starring Allison McAtee, Samantha Cope, Andrew Spach, Aubrey Stevens
Friday, March 12 at 8pm ET/PT
Recently divorced, Grace (Allison McAtee, The Wrong House) is struggling to manage her new home and restaurant venture, plus raise her teenage daughter Charlie (Aubrey Stevens, All Good Things), while also navigating a new romance with her much-younger employee Alex (Andrew Spach). Feeling increasingly overwhelmed, Grace agrees to let Lilith (Samantha Cope, Insecure) move into her guest house so she can get extra help organizing the house and restaurant. But as things start to unravel in both Grace’s personal and professional life, she begins to question if Lilith is there to help or hurt her.
SPRING BREAKDOWNS