LOS ANGELES, CA (April 8, 2019) – With thousands of children currently in the foster care system, Lifetime brings together multiple organizations to raise awareness and provide more information about adoption and foster care in a new PSA, to debut during the premiere of the inspiring movie, I Am Somebody’s Child: The Regina Louise Story.  Moved by Regina Louise and her harrowing story navigating the broken system, Bishop T.D. Jakes has joined the movie as an executive producer to bring additional attention to the need for foster care reform. Premiering Easter Weekend on Saturday, April 20th at 8pm ET/PT,  the film stars Ginnifer Goodwin and newcomer Angela Fairley alongside Kim Hawthorne, Sherri Saum and Monique Coleman. I Am Somebody’s Child: The Regina Louise Story tells the journey of a young African American girl (Fairley) who navigated over 30 foster homes and psychiatric facilities before age 18, and the one woman, Jeanne (Goodwin), who believed in her. After Jeanne’s unsuccessful attempt to adopt Regina due to a racially motivated ruling, their bond is forced apart. I Am Somebody’s Child is Regina’s story of how one woman’s belief and love becomes her lifeline as she defeated the odds of a corrupt system and succeeded. 25 years later, Jeanne is finally able to adopt Regina in the same courthouse that denied them previously. 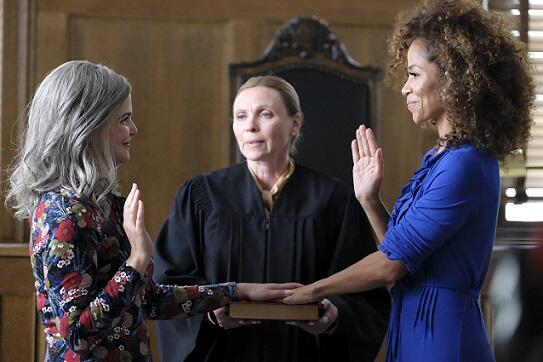 Howard Braunstein, Yvonne Chotzen, T.D. Jakes, Derrick Williams and Goodwin executive produce the movie. Co-executive producers are Andrea Buchanan and Regina Louise. Janice Cooke directs from a teleplay by Camille Thomasson, based on the books Somebody’s Someone and Someone has Led this Child to Believe by Regina Louise.

On April 17 in Los Angeles, Lifetime and Better Youth will host a special screening of the movie with cast for youth in foster care, their caregivers, guests from CASA LA and other organizations at The LA Film School. Before the screening, a panel will take place featuring special guest panelists and the young filmmakers of Real to Reel Global Youth Film Festival, a Better Youth community-based platform and production internship track that activates an enterprising cohort of youth to forge alliances with a peer group of international professionals.