LIFETIME, THE EXCLUSIVE HOME OF V.C. ANDREWS’ MOVIES,
PREMIERES THE NEXT MOVIE SERIES EVENT,
BASED ON THE BEST-SELLING LANDRY BOOK SERIES
THIS MARCH WITH FOUR NEW MOVIES
RUBY, PEARL IN THE MIST, ALL THAT GLITTERS
AND HIDDEN JEWEL
DEBUTING OVER CONSECUTIVE WEEKENDS
BEGINNING MARCH 20

The V.C Andrews’ Landry Family book series – Ruby, Pearl in the Mist, All That Glitters and Hidden Jewel – is the second highest-selling series from the author and becomes Lifetime’s latest adaptation of the prolific writer’s work. Lifetime’s new movie series comes on the heels of last summer’s premiere of  V.C. Andrews’ Casteel Family movie series, which ranked as cable’s #2 new drama series among W25-54 for 20191. 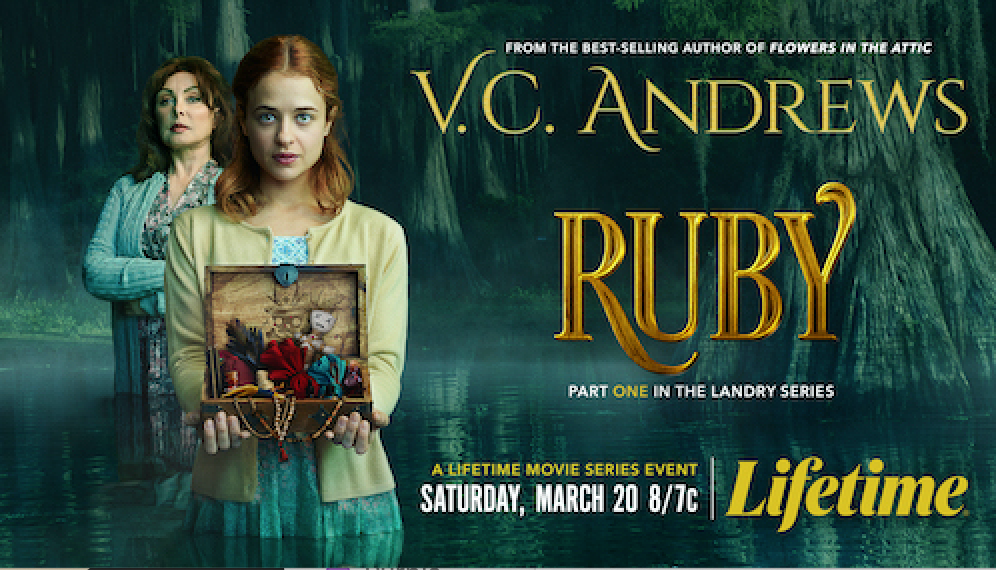 Stars Naomi Judd, Crystal Fox, Gil Bellows, Deborah Cox, twins Raechelle Banno & Karina Banno,
Lauralee Bell, Sam Duke and Ty Wood
Saturday March 20th at 8pm ET/PT
Ruby centers on Ruby Landry (Raechelle Banno), born in the Louisiana bayou and watched over by her loving Grandmère Catherine (Judd). Ruby is filled with hope as love blooms with her high school sweetheart Paul Tate (Duke), but lingering thoughts of her mysterious father and her mother’s death often creep into Ruby’s mind. As dark family secrets begin to reveal themselves when Paul’s parents forbid him from seeing Ruby, Ruby is further devastated when her beloved Grandmère passes away. Forced to flee to New Orleans from the bayou, Ruby searches for her estranged father (Bellows), one of the richest men in the city, as she clings to her memories of Paul and their forbidden love. 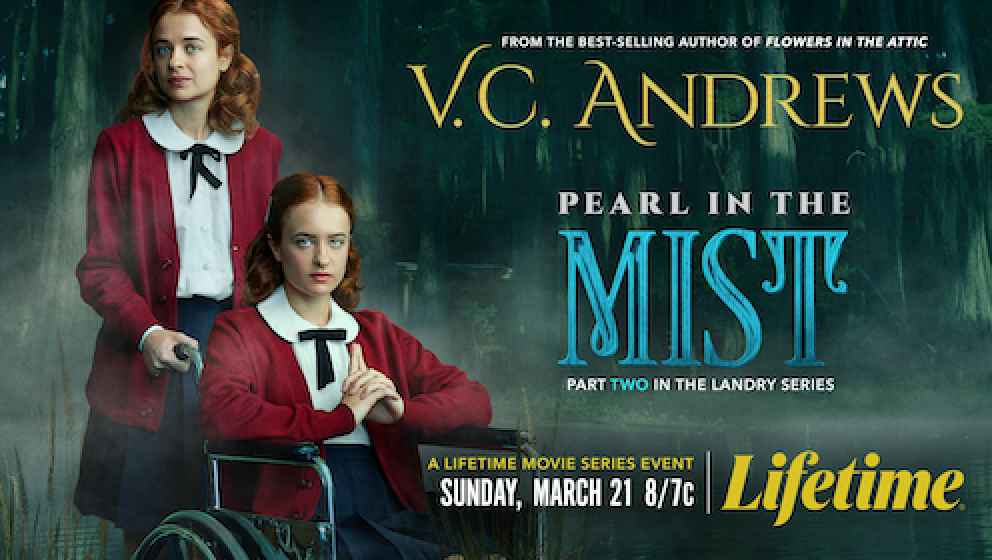 Stars Marilu Henner with Gil Bellows, Raechelle Banno, Karina Banno, Lauralee Bell, Richard Harmon, Sam Duke and Ty Wood
Sunday March 21st at 8pm ET/PT
Based on the second book, Pearl in the Mist finds Ruby still struggling to find true happiness, after a year of living at her father’s lavish mansion. When Ruby and her twin Giselle (Karina Banno) are sent away to an exclusive all girls boarding school, Ruby is hopeful for a new start with her sister. But when Ruby is once again shamed for her backwater upbringing, and her cruel Headmistress, Mrs. Ironwood (Henner), along with her stepmother Daphne (Bell) and Giselle continue to plot against her, Ruby must endure torturous punishments and public humiliation. Ruby holds out hope and continues to dream of a better future until tragedy leaves her alone in a world of deceits. 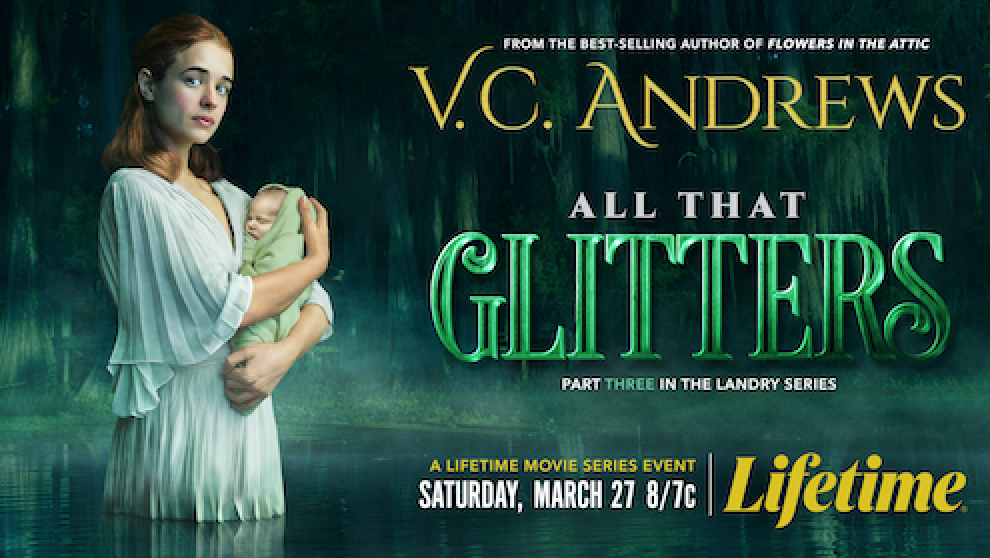 Stars Kristian Alfonso with Raechelle Banno, Karina Banno, Sam Duke and Ty Wood
Saturday March 27th at 8pm ET/PT
All That Glitters picks up as Ruby is driven from the Dumas mansion and returns to her beloved childhood home in the bayou where she’s intent on creating a new life for her baby girl, Pearl. Ruby’s high school sweetheart, Paul, once again is there to support her, and when he moves her into his impressive home, she has new hope for the future.  However, Ruby can’t escape the judging eyes of Paul’s mother Gladys (Alfonso) who knows Ruby and Paul’s dark secret and Giselle continues to torment Ruby when she reveals news about Beau (Wood), Pearl’s real father and Ruby’s true love.  Ruby longs for another life.  The web of deceit continues when Giselle falls into a coma and Ruby finds herself lured into a twisted plan to be with Beau. 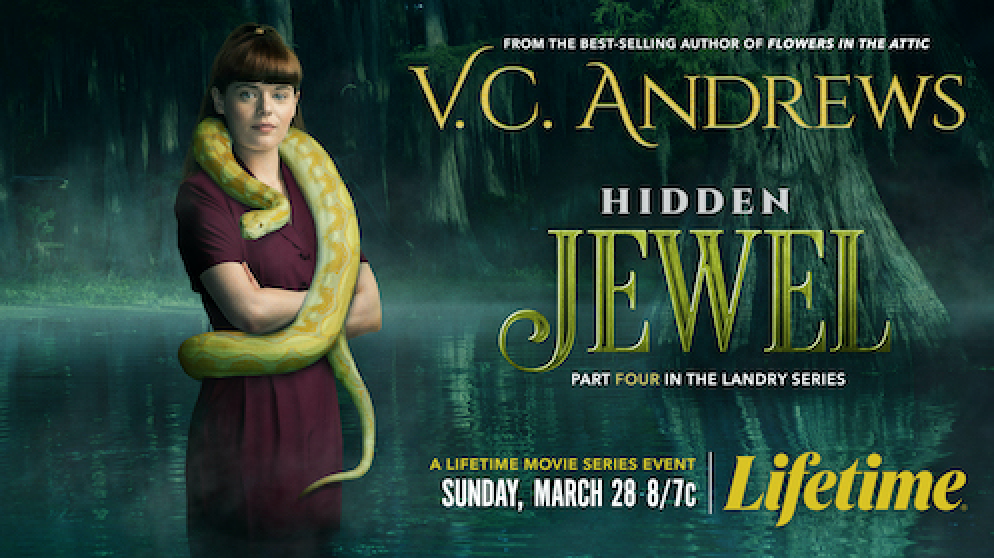 Stars Jennifer Laporte and Evan Roderick with Kristian Alfonso, Raechelle Banno,
Karina Banno, Crystal Fox, Sam Duke and Ty Wood
Sunday March 28th at 8pm ET/PT
Hidden Jewel finds Ruby trying to find a new life for her children and desperate to protect her beloved daughter from the dark secrets she harbors.  Raised amidst the privileges in New Orleans, Pearl (Laporte) aspires to become a doctor, but when an unfortunate accident occurs to one of her twin brothers, Pearl’s dreams are threatened and Ruby runs, once again back to the bayou. And when one of Pearl’s younger brothers becomes deathly ill, she must journey to the backwaters to find her mother and uncover the mysterious secrets of her past.