In a sweet, tear-jerking Hallmark ad, a daughter is dropped off at college — and cares enough to say thanks to her mom.

“At the heart of who we are as a brand, we’re a caring company,” said Jennifer Lee. “That’s been part of our DNA since 1910, when we were founded.”

Lee is the director of creative marketing studio and brand marketing at Hallmark, and she’s talking about the greeting card company’s current Care Enough campaign, which has been running for several years and hearkens back to its longtime tagline, “When you care enough to send the very best.”

One of the latest TV spots in the campaign is a two-plus minute film by advertising agency McGarryBowen that aired during this spring’s Hallmark Hall of Fame broadcast. Titled “College Goodbye,” it’s a real tear-jerker. A mother is helping her daughter move into her first college dorm room. The mom tries to share some sweet moments with the daughter, and the daughter is embarrassed by her mom’s attempts to be helpful. But when the mom gets in her car to drive home, she finds a trove of greeting cards left behind for her. “Open when you bake those cookies I love.” “Open when dad is being weird.” “Open when we’ve said goodbye.” The daughter, it turns out, will miss her mom too. 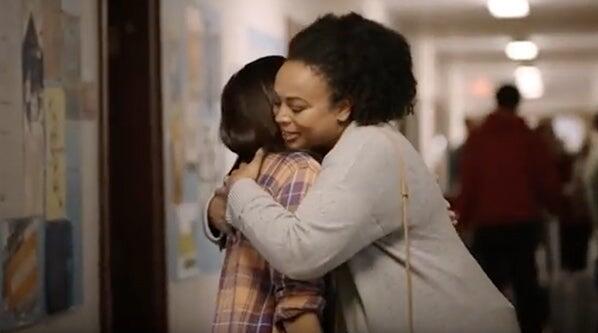 “Hallmark is very well known for holidays and special occasions,” said Lee. “But we wanted to also tackle some of those unexpected everyday moments and make our brand more relevant to our consumers for whom, like us, caring is in their DNA.” The ad works because the feeling is so universal — at least for anyone who’s been to college or dropped off a child. It’s a moment fraught with high emotions, and when the new student is so focused on the next chapter of their life, parents don’t always get the appreciation they deserve. “What was so unique about it is that it was actually the daughter that was doing the kind act to keep connected to her mother. I think that was really why the spot resonated with so many people,” Lee said. 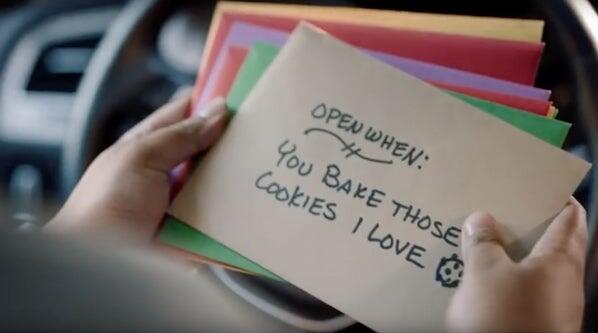 It also presents the mother and daughter in respectful ways and shows them as role models. That led to impressive Gender Equality Measure scores for the ad, especially among women. But that wasn’t Hallmark’s plan. “We don’t design for a score,” she explained. “Obviously we’re very pleased when we hear that it resonates when it’s evaluated. But we really design what will tug at the heart, what will get people thinking about the people they care about most. And then we want them to use our products to help them with those connections.”

“What was so unique about it is that it was actually the daughter that was doing the kind act to keep connected to her mother. I think that was really why the spot resonated with so many people,” Lee said.

The Care Enough campaign, introduced in 2016, plays on the idea that “when you care enough, you can change the world.” It includes ads during the two annual Hallmark Hall of Fame broadcasts, the ads on YouTube and elsewhere on social as well as a challenge to consumers to share their own stories using the hashtag #CareEnough.