“We absolutely believe that there is an exciting opportunity and intersection between positive social impact and commerce.” — Lisa McKnight, Senior Vice President, Global Head of Barbie & Dolls, Mattel

Lisa McKnight’s LinkedIn lists a pretty cool title: “Global head of Barbie.” Technically, she’s the senior vice president and global general manager for the Barbie brand, but still — she’s the one in charge of the iconic doll worldwide. She recently spoke to SheReportsTM about how Barbie reflects the culture, the Dream Gap facing young girls and why parents are seeking empowering messages.

In practical terms, what does it mean to the be the global head of Barbie?

I oversee the brand strategy, business, creative direction for all aspects of the global Barbie brand. It’s a multifaceted job, so I have oversight over marketing, and I work very closely on design and development of our product line. I also work very closely with our content team on our strategies for animated content. We just announced a live action film with Warner Brothers. So, I really work on all aspects of the brand. 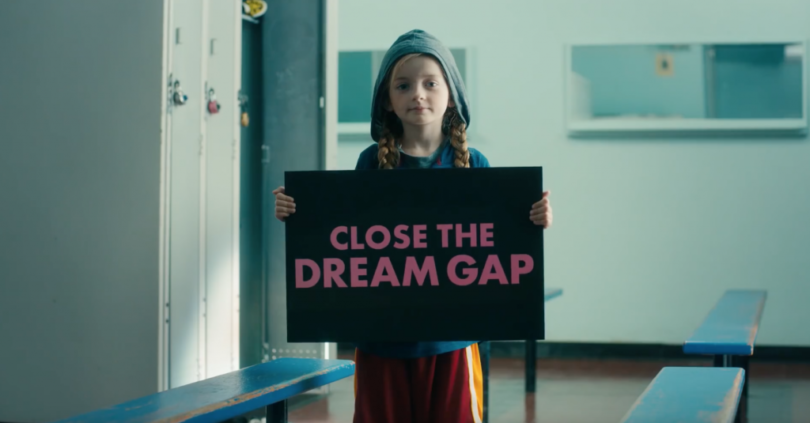 Since 1959, Barbie’s purpose has been to inspire the limitless potential in every girl. What we found, unfortunately, is that starting at the age of five, girls are less likely than boys to view their own gender as smart, and they begin to lose confidence in their own competence. We felt that we needed to take a platform as massive and with as much reach as Barbie and use it to do good and create positive impact in society. So, we announced the Dream Gap Project, a multiyear, global initiative to raise awareness around factors that prevent girls from reaching their full potential.

We believe that putting girls on the same playing field as boys is a catalyst to unlocking their full potential. We are doing a variety of things to help girls transcend this dream gap. We’re funding research around the world to understand the root cause of this shift that occurs at the age of five with girls. We are creating more positive role models for girls, both in our Barbie line and in what we call our “Shero” line, where we create actual likeness dolls of amazing women trailblazers from around the world.

We’re creating empowering content to encourage imagination, expression and conversation, and we are also creating a website where we have tools and resources for parents so they can provide the right language when they talk to their girls, to inspire them and encourage them to reach for their dreams. 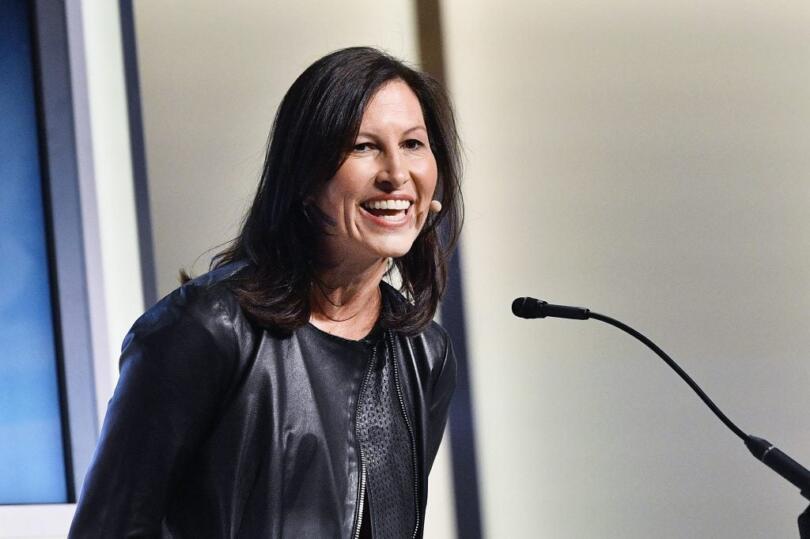 It is fair to call that a rethink of the brand?

We absolutely believe that there is an exciting opportunity and intersection between positive social impact and commerce. We’re very interested in using a brand like Barbie that’s got 99 percent awareness — it’s almost as ubiquitous as Coca-Cola around the world — using that platform, using the fact that we’ve reached through our 60 years, three generations of girls, using that to do something to drive social change.

Dream Gap Project, [is] a multiyear, global initiative to raise awareness around factors that prevent girls from reaching their full potential.

It might be seen as odd that a brand long criticized for modeling an unattainable body imagine is now pushing empowerment.

Barbie has always reflected culture, and that’s when the brand has been its strongest. When we connect to culture, we resonate. What we found a few years ago was that there was an opportunity to make the brand even more reflective of the world around us. So, we introduced body diversity for the first time into the line. We introduced more intention behind ethnic diversity. We introduced new hair colors, hair fibers, eye colors, skin colors, face sculpts. In a few short years, we now have over 100 different looks of Barbie in the line, and what’s incredibly exciting is it’s resonating. Today, more than half of our doll line and more than half of dolls sold are diverse, not the original, blonde haired, blue-eyed Barbie. 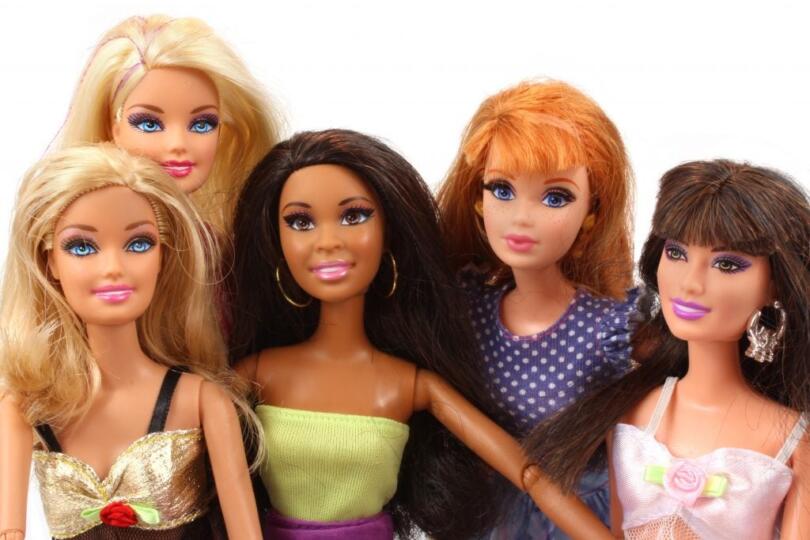 There is a lot of work that we’re doing to modernize and evolve the brand. Everyone’s going to have their own opinion on Barbie, and it’s a very personal opinion, but I hope that people who maybe don’t see Barbie in the same light that we do at least have an informed and current view of the brand versus a dated view of the brand.

What was the thinking that led to the Dream Gap Project?

The Dream Gap Project actually comes from a piece of research that we uncovered from a professor at NYU. We decided to partner with him and galvanize it, adjust it, and create amplification and a platform for his work to get out into society. The research had been in the works for a couple years when we found it.

Barbie has always reflected culture, and that’s when the brand has been its strongest.  In a few short years, we now have over 100 different looks of Barbie in the line, and what’s incredibly exciting is it’s resonating.

Our Dream Gap Project launched last fall, timed to International Day of the Girl. That’s when the spot was released, and there’s also a website. It’s all about our mission to inspire the limitless potential in every girl. We’re doing that by evolving our product line and offering the most diverse dolls in the marketplace. We’re doing that by spotlighting female role models in careers where women are underrepresented. We’re doing that by showing Barbie herself in careers where women are underrepresented. Last year, we introduced Robotics Engineer Barbie. A new Astronaut Barbie is in the line this year.

We’re also doing that by creating content that is purposeful. We’ve had great success with Barbie as a vlogger on YouTube. She showcases teachable moments that not only make her relatable and a role model, but she also addresses issues like feeling sad or feeling that you sometimes don’t have a voice in the room when the room is dominated by men. 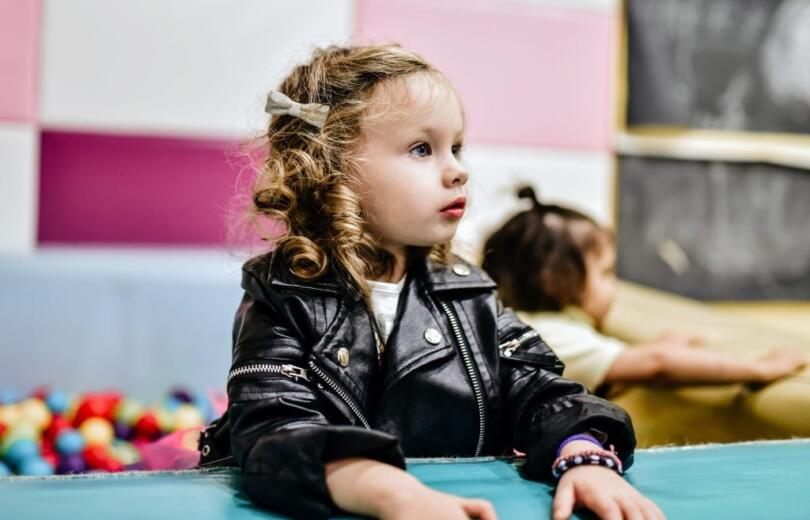 Who is your audience? Is it kids? Is it moms and dads?

Girls are the users of our product, and they’re the consumers of our content. We also have many boys who enjoy playing with Barbies and enjoy our content for the exact same reasons girls do. But from a purchase-decision standpoint, because the brand targets younger children, parents are a big factor, and it’s really important that we get endorsements from moms and dads. And what we’ve learned about millennials is both that they are getting more involved in purchase decisions than past generations and that they want to buy into brands that share their values and are purposeful. And I think a lot of the work we’ve been doing on Barbie over the past few years is really resonating.

In other words, you need that empowerment point to sell to today’s parents.